Property developer MG Real Estate is looking to double its warehouse construction in Denmark over the coming years, says country manager Christopher Thomsen. It plans to do so after warehouse vacancy rates have plummeted to their lowest level in 14 years. Several developers even intend to build warehouse properties before they have customers for them. 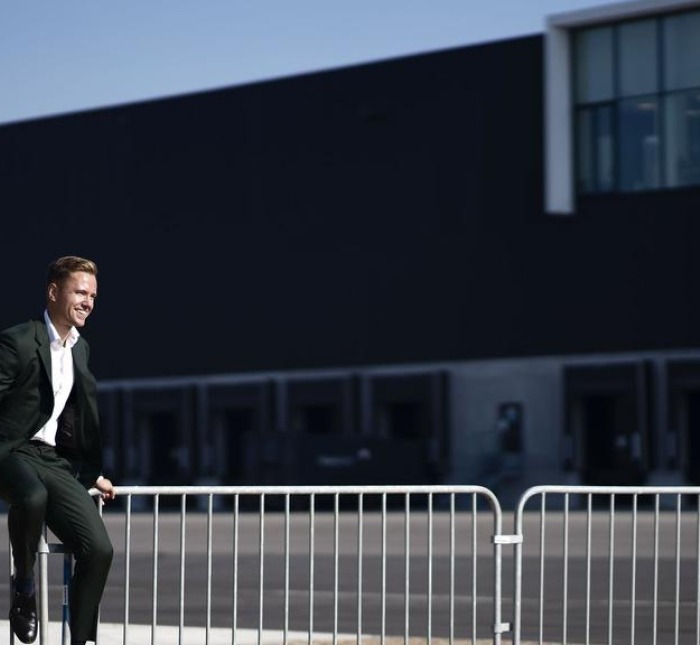 The rise in e-commerce and faltering supply chains have sent the market for warehouse properties to boiling point. Several developers are in the process of developing warehouse projects before prospective customers have even walked in the door. Is that a good idea or a risky investment? The experts disagree.

The European property developer MG Real Estate has just recently welcomed its first tenant at the new Taulov logistics centre near Fredericia. The centre will cover 80,000 m2 over the next years.

Godshotel, a logistics company, nabbed the first 15,000 m2 of the development project in Denmark’s Triangle Region. And the fact that customers are now flocking to this MG Real Estate construction project started in May is exciting to Christopher Thomsen, the Danish country manager of the developer, which has its headquarters in Belgium.

“We are now seriously getting started with our Taulov venture; and we’re excited to welcome Godshotel. We’re fully focused on developing our warehouse and logistics solutions optimally for the market and for our customers. And with the great demand, it looks as if things are panning out well for us,” he says.

Building before prospects even walk in the door

In late August, once a Germany company snapped up the last floor space at its 40,000 sqm premises in Greve, the Belgian company could report 100% occupancy at its second logistics property in Denmark. And at MG Real Estate things are moving fast. Its strategy is to construct warehouse facilities speculatively. In other words, it is building warehouse properties before prospective customers even walk in the door. The country manager notes that, over the next few years, the 40,000 sqm will be expanded to 100,000 sqm.

“We have seen how companies’ strategies have changed during the Covid-19 crisis. This is especially related to changing consumer patterns, with Danes increasingly turning to online shopping. This has created an increased demand for warehouse space. At the same time, several companies are attempting to bolster their supply chain by moving stock closer to their primary customer base. This trend was evident already before Covid-19. But there’s no doubt that things have sped up,” Thomsen observes.

September figures from Ejendomstorvet.dk, Denmark’s biggest portal for commercial properties, show that vacant floor space in warehouse, logistics and production properties has shrunk by nearly half a million square metres over the course of 2021. That represents a decline of 26 per cent since its peak in Q4 2020, when the vacancy rate was 1.9 million sqm. Vacancies total 2 per cent, the lowest level Ejendomstorvet.dk has registered since 2007.

“Right now, the market is booming right in the wake of the Covid-19 pandemic, and that is creating some particularly good conditions for building before contracting with tenants,” says Peter Lassen, partner and manager of Colliers.

At Taulov Dry Port, too, the low-vacancy-rate, red-hot market has caused the company to initiate the next stage of its speculative construction. The forces behind this are the local government-owned corporation ADP, which owns and operates the commercial ports in Fredericia and Nyborg, and the pension giant PFA, which are developing Taulov Dry Port covering an area of 900,000 m2. Some 90,000 m2 of warehouse and logistics construction have already been built, and soon they will be expanding the project by 60,000 m2.

“We’re seeing demand from many of the big, well-consolidated Danish enterprises. The logistics chains have been worn out in many places and that creates a need for increased warehouse capacity here in Denmark. Our customers want to be near their end customers so that the goods are not stranded in Asia, where they have no control over them,” says Jesper Gemmer, CEO of Taulov Dry Port. And he believes that, combined with a great location close to motorways, ports and railways, now is the right time for the next stage.

“At the company, we looked at the European logistics hubs before we decided to develop Taulov Dry Port. Our research indicates that growth and demand are concentrated in the major hubs and that’s why we chose to build here,” he says.

Both MG Real Estate and Taulov Dry Port build warehouse properties before they have customers to occupy them. They build flexible warehouse and logistics properties, where customers can be involved in making the final modifications to the interiors as needed. Their projects are also developed in stages to guard against excessive vacancy rates.

For their projects, the two companies require that they be near major transport corridors. Both companies are building in Taulov near Fredericia, which is close to excellent transport links with railways, ports and motorways.

Christopher Thomsen explains that MG Real Estate wants to double its floor space in Denmark in the coming years from the present 180,000 square metres. And for future construction projects, those same requirements will need to be met.

“We have major expansion plans in Denmark. The logistics market has lagged behind the neighbouring countries, but that demand is showing up now. We want to be near the major cities and motorway junctions because customers also want to be near where their products end up,” he insists.

A survey by Ejendomdanmark, the industry association for property owners and landlords, shows that the industry clearly has great expectations of the market for industry and logistics properties in comparison with offices, retail and residential properties.

This leads Morten Marott Larsen, vice president of Ejendomdanmark, to believe that it makes great sense for actors to develop projects that can be ready for tenants the moment they need them..

“In terms of society, it is sensible to build speculatively if there is a good likelihood that the tenants will be there. It is sensible to accept some risk and build before the tenant is ready; otherwise you risk losing a potential tenant if you don’t have any vacancies,” he observes.

“Most major companies have specific wish lists for their properties, and that can make it expensive to make modifications if the property has already been built. Many of my business customers have a clear vision of what their warehouse should look like, and that means that a pre-developed one is not particularly attractive,” says Kenneth Hauge Jakobsen, EDC’s industry and logistics specialist. He stresses that, as an investment, it can be pretty risky investing in speculative construction because of the difficulties in calculating the price and returns since the cost of conversion to meet customer needs might be insanely high.”

Christopher Thomsen acknowledges that developing projects without having ready customers involves major risks. But according to him, that is a risk worth taking.

“We invest a lot of money in something for which, in principle, we don’t yet have customers. We believe in our product. And of course, we don’t buy a big site for development if we don’t see any potential in it. The market is so hot that the customers can’t wait the 10-12 months it takes to first build a property. It is a calculated risk,” he says, but does not put any figures on how much MG Real Estate are looking to invest in Denmark.

“In five-six years, when Taulov Dry Port has completed the transportation and logistics centre development in Taulov with its planned 300,000 square metres, the construction will have required an investment of about DKK 2 billion,” says Jesper Gemmer. Contrary to Kenneth Hauge Jakobsen, he believes it is to the benefit of the investor when warehouse buildings are generic because they can be modified to suit individual customers. And that makes leasing options more flexible.

“If you build a domicile for a customer, it needs to be depreciated over an extended period, for example a 20-year lease. But once a domicile tenant moves out, it’s very difficult to find someone who fits in 100 per cent; and that means you will be stuck with some conversion costs. But if you have something more generic and uniform, you don’t need to convert much. This also means that you can operate with shorter lease terms,” says Jesper Gemmer, and adds that he sees the market moving towards more flexible leases.

“Quite often, when we’re contacted by businesses, they are unsure as to whether they need to lease, for example, 2,000 or 6,000 m2. Here, they can expand the tenancy, and what we see are that flexibility and shorter leases are major trends.”

At Colliers, they do not see any signs that demand for logistics facilities will decline in the near future. In spite of greater risks associated with speculative construction than with pre-leased construction, the commercial estate agent believes that the added risk is at its lowest level in over ten years.

“In light of the enormous current market demand, we believe that investors should consider assuming more risk and building before customers are ready to hand over the cash. It might turn out to be a very good investment indeed,” says Peter Lassen.